Japan and Japanese sport faced a serious challenge when the Tokyo 2020 Olympic and Paralympic Games were rescheduled and postponed to summer 2021, due to the COVID-19 pandemic. I think it was a difficult decision to make by the Japanese Government, International Olympic Committee (IOC) and Tokyo 2020 Organizing Committee. Probably it was hard for those athletes who were ready and looking forward to take part in the Tokyo 2020 Games to wait for one more year.

One month left until the postponed Tokyo 2020 Games to start in July 2021. But there are still many challenges that Japan has to deal with. Japan is the slowest among the G7 countries in vaccination of its population with COVID-19 vaccines. Tokyo city is still under the COVID-19 quasi emergency measures. The number of COVID-19 daily cases in Tokyo is still high and for example the daily cases in Tokyo were 570 cases on June 24 and 619 cases on June 23. Until now the Tokyo city recorded 170,945 cases of the COVID-19, which is the highest number among all 47 prefectures in Japan.

There is a governmental program Host Town initiative. According to this program, several Japanese cities and towns became the host towns for the Olympic teams of different countries to promote exchanges and cooperation, and also to provide the facilities for pre-Games training. For example, the Uganda Olympic Team arrived in Japan in Osaka recently on Sunday June 20. Two members of this team tested positive with COVID-19. This situation can cause issues and concerns in other host towns in Japan, who are assigned to other foreign Olympic teams. Already, even before these Ugandan cases, many of those cities and towns cancelled to be the hosts for the foreign Olympic teams, as a precaution measure against the pandemic.

As about the public support for the Tokyo 2020 Games, it is low. The opposition parties in Japan keep pressuring the government on issues related with the Olympics. There are still many issues, challenges and uncertainties. Despite all these challenges and factors, the International Olympic Committee (IOC) and Japanese government are insisting in holding the Tokyo 2020 Games next month. These Games will not be like the previous ones. It will be a very special and different Olympic and Paralympic Games with many restrictions and limitations, due to the ongoing global COVID-19 pandemic. It is already decided that the foreign spectators are not allowed. Also, the number of foreign officials and delegates is much decreased. As about the domestic spectators in Japan, only fifty percent of each venue can be filled with maximum 10,000 spectators per venue. However, according to the statement by the Japanese Prime Minister, the Tokyo 2020 Games could be held without any spectators, if the situation of the COVID-19 in Tokyo and Japan worsens.

As we can clearly observe, there is still uncertainty in the government’s decisions related with the Tokyo 2020 Games, due to the ongoing pandemic. The organizing committee of the Games released the guidelines, according to which the body contact such as hug, kissing, high-fives and also loud cheering, towel waving etc are banned. In addition to that, alcohol is banned at the venues. Moreover, all mass public viewings of the Tokyo 2020 Games in Tokyo city are cancelled. As we the experts and scholars in the Sport World and Olympic Movement know, the Olympic and Paralympic Games are the festival of peace, harmony, unity and friendship through Sport. But, unfortunately, due to the ongoing global pandemic, various restrictions, the situation in Tokyo city and Japan, this time it will be difficult to have such festival.

I wish all the best to Tokyo 2020 Organizing Committee and International Olympic Committee (IOC) to overcome this difficult situation. Furthermore, I hope we, the world citizens struggle and overcome this global pandemic together. 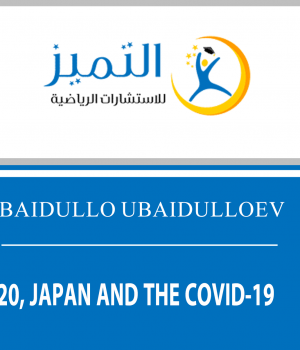 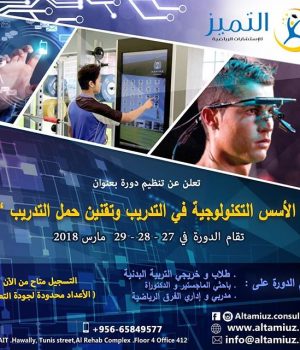 Technological foundations in training and codification of the training burden.

Get all latest content delivered to your email a few times a month.